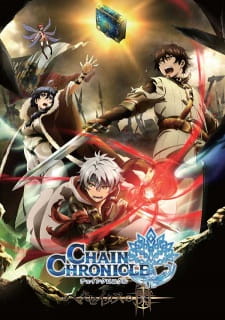 Set in the land of Yuguto, the people thought that the land they live is the size of the world, but it's actually divided into several areas, each with a respective king. Even though there were small wars among areas, the kings had roundtable meetings to maintain peace and balance. It was until a dark group of dark monsters appeared... (Source: MAL News)